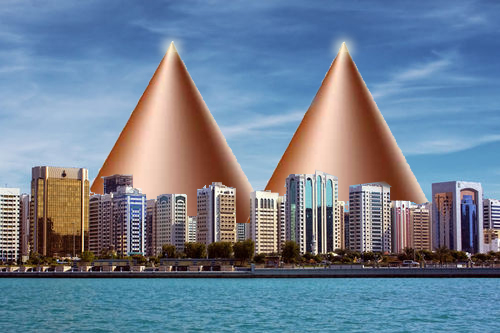 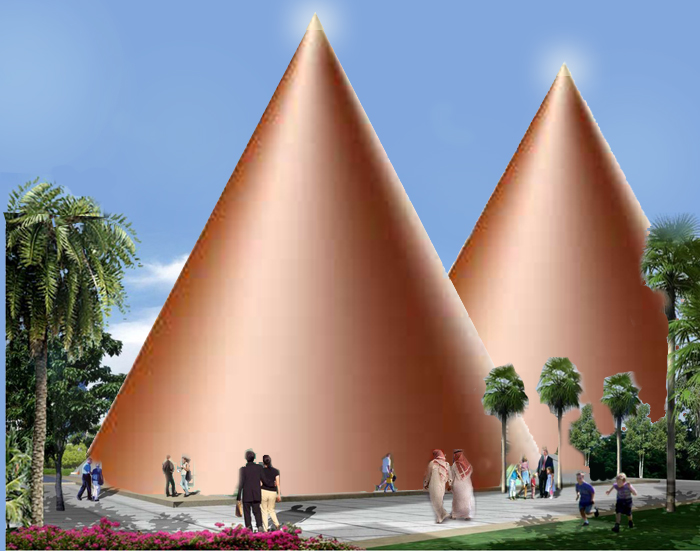 An artist's impression of The Cone Towers, set to open in 2015

ABU DHABI: In honour of Madonna’s debut concert in the UAE last year, one property developer has unveiled plans to build what it is billing as “the ultimate architectural tribute to the Queen of Pop”.

When complete, the twin Cone Towers will “offer 30,000 square metres of luxury space”, according to developer Nakatomi Industries. Cone A will be purely residential, while Cone B is designated for office and commercial use.

Both towers will be topped with a special ‘Ray of Light’ glowing pinnacle, and set within an Immaculate Collection of parkland and retail outlets. Construction is expected to start later this year, with the first keys due to be handed over in 2016.

“For Material Girls, what better way to Express Yourself – and your appreciation of the top-selling female recording artist of all time – than a luxury apartment in Cone A?,” said Nakatomi President, Joseph Yoshinobu Takagi.

“And with the vibrant gulf city of Abu Dhabi more in ‘Vogue’ than ever, we’re hopeful that Madonna herself will consider the luxury penthouse suite,” he added. “Or at the very least, that she’ll enjoy a short Holiday here. It would be, it would be so nice.”