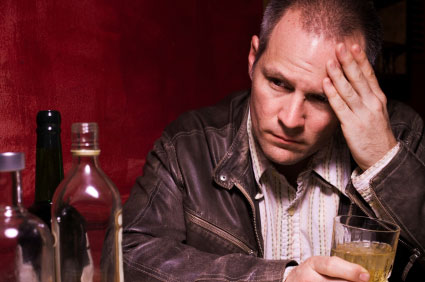 For a brief few minutes in Dubai’s Seamus O’Reilly’s Irish Pub last Tuesday, the troubles between Israel and Palestine that have engulfed the international political arena for over half a century were all but solved. So says Angus McMahon, a Scottish building contractor, who claims that together with his drinking buddy Brian he had “pretty much sorted the whole mess out”.

The only trouble is that, ever since he woke up the next morning, McMahon hasn’t been able to remember exactly what it was they decided upon.

“It wasn’t a binational solution… something bigger than that… two-state, three-state? NO! COME ON ANGUS!” said McMahon while frantically rummaging through his trouser pockets trying to find a tissue on which he believes he wrote it all down.

“The Palestinian Authority was definitely involved… obviously… and something to do with the Israeli military occupation being removed in return for access to… OH GOD, WHAT WAS IT.”

McMahon claims he is about “60-70 per cent sure” that his arrangement would have seen the eventual taking down of Israel’s West Bank wall, along with the lifting of the siege on Gaza. “Was it something to do with East Jerusalem? Water supplies? Hamas? SHIT!”

It was around the seven pint mark that McMahon says things started to “seem really obvious”.

“I remember at one point slamming my drink down on the table and repeating over and over again that Netanyahu, Khaled Meshal and Abbas just had to sit down and talk, just talk goddamit,” he says. “But about what I can’t tell you.”

This isn’t the first time McMahon has helped fix one of the world’s major crises but promptly forgotten the solution.

In 2008, he drew up a series of “watertight” economic policies that would have solved the subprime mortgage crisis in the US, but left the beer mat with the equations on the back in Waxy O’Hanrahan’s pub in Dubai after what he described as “a bit of a heavy night”.