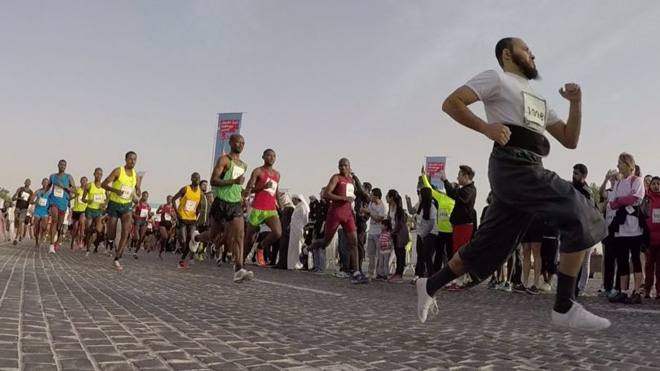 Editors at semi-popular Middle East satire news website The Pan-Arabia Enquirer yesterday revealed that they had “given up” in their long-running struggle to keep ahead of reality.

The announcement came following last week’s news that labourers working in Qatar had been coerced into taking part in a marathon, with many bussed in from their dormitories and forced to run in jeans and flip-flops as part of a failed bid to break the world record for number of participants.

“Over the years, we’ve had to deal with a growing trend of real-life trying to outdo satire, especially in Saudi Arabia, but this is beyond our capabilities. To be honest, we could have probably worked around the whole ‘labourers forced to take part in marathon’ bit, but with the addition of flip-flops, jeans and the fact it was a shambolic attempt to break a record, we’ve had to concede defeat.”