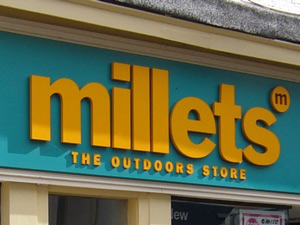 CAIRO: In response to what it claims has been a surge in demand over the past two years, leading UK camping and outdoor equipment retailer Millets has announced that it plans to open its first overseas store in Cairo’s Tahrir Square.

“We’ve really noticed that camping has suddenly emerged as a hugely popular pastime among Egyptians young and old, especially in central urban areas such as Tahrir,” said Millets international marketing director Rohan Tressle. “As experts in this field, we want to ensure that Cairo’s new fans of the great outdoors are able to choose from our full range of tents and other essential camping equipment.”

The store isn’t expected to open until August, but Millets hopes to capitalise on this weekend’s activity in and around Tahrir Square by opening a series of pop-up stalls selling tents.

“With a set up and take down time of seconds, we really think the Eurohike Quick Pitch is going to be a big seller, ideal should things get nasty and you’ve got to leave in a hurry,” said Tressle. “But for bigger groups of protestors, there’s the Vango Icarus 600, a six-man tent with space for both sleeping and fiery political debate.”

Should the Tahrir Square store prove a hit, there have been suggestions Millets could be looking to expand elsewhere in the region.

“We have definitely been eyeing up possibilities in Istanbul’s Taksim Square and central Sana’a,” said Tressle. “But for now our main focus is Tahrir. We really believe that Egypt’s annual revolution could become as big as Glastonbury for us.”