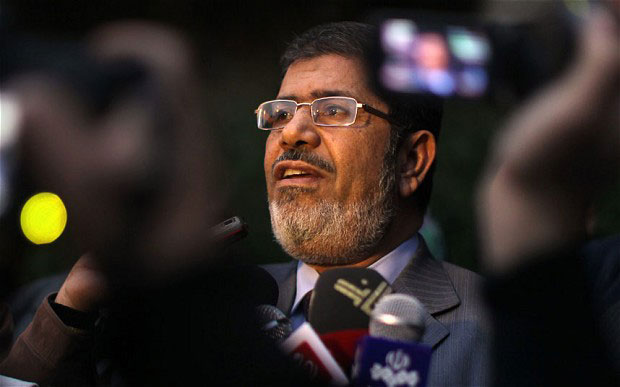 MoMo could become as popular as RiRi, RPattz and K-Stew, claim experts

CAIRO: In a move several celebrity journalists have called “amazeballs”, Egyptian president Mohamed Morsi this morning announced that he would be henceforth referred to as ‘MoMo’ in all government literature and parliamentary announcements.

The decision is believed to be an attempt by Morsi to appeal to Egypt’s youth amid violent protests across the country sparked by his recent power grab.

“It makes perfect sense,” said Kat Plankton, editor of the popular celebrity blog OMG!LOL!.com. “We all j’adore RiRi, JLo, RPattz and K-Stew. There’s no reason we can’t all j’adore MoMo too, even if he does push forward hardline constitutional reforms that grant him near absolute power.”