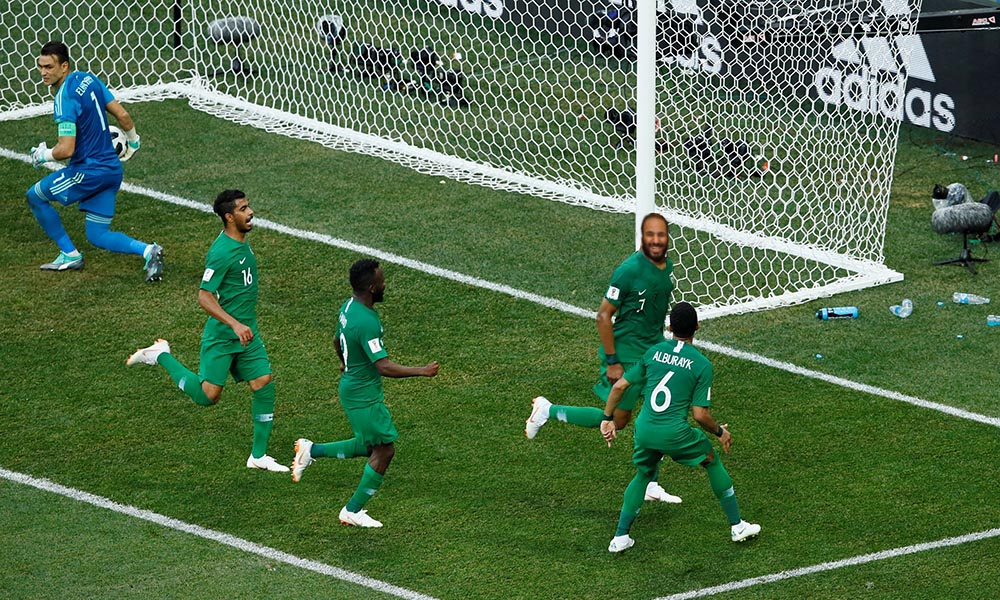 Mohammad Bin Salman made a sensational debut for the Saudi Arabian football team, scoring the last minute winner against Egypt in the final group match of the World Cup.

The Saudi crown prince replaced Fahad Al-Muwallad in the 79th minute with the score at 1-1, showing some initial promise with a few darting runs against the Egyptian defence and laying off a good pass to his teammate Ramadan Sobhi. But in the fifth minute of stoppage time, he led his team to victory with a stunning low drive into the bottom corner from a tight angle.

You may also like...
Related Topics:egypt, saudi arabia, sport