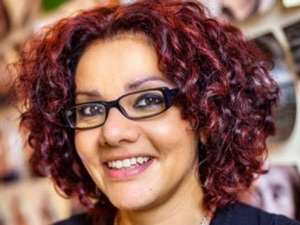 CAIRO: Outspoken activist Mona Eltahawy is convinced recent events in Cairo are an encouraging sign for her near-term employment prospects.

Eltahawy was one of the main victims of Egypt’s apparent stabilisation under Mohamed Morsi. But thanks to his increasing authoritarianism and the subsequent public blacklash, the work has started to flood in again.

“Everyone was concerned about Morsi,” she claims. “For a while, there was a chance that the broad-based, consensual nature of his government, which was brought to power in free and fair elections, would keep me off the TV for an extended period. But his true colours were revealed and the people have spoken. I am now proud to add my voice. Via CNN.”

The social media enthusiast, who engages in approximately 600 angry debates with less free-thinking users of Twitter each day, also says that the Egyptian situation has really helped sharpened her focus.

“I mean, I dipped my toe in the Israel-Palestine thing, but Egypt is where my heart belongs… well, after BBC World’s New York studio, that is.”

Eltahawy, whose impressive CV includes “being Egyptian” and “knows the right hashtags”, may have been struggling to hold down gainful work since Morsi’s election. But with the situation deteriorating into near-civil war, she can again look forward to an exciting year ahead.

“On top of all the TV appearances I’ve made and newspaper comment pieces I’ve written since flying back to my beloved Egypt from New York, where I live, I’m now working on my next book, Mona Eltahawy: My Year With Morsi.”