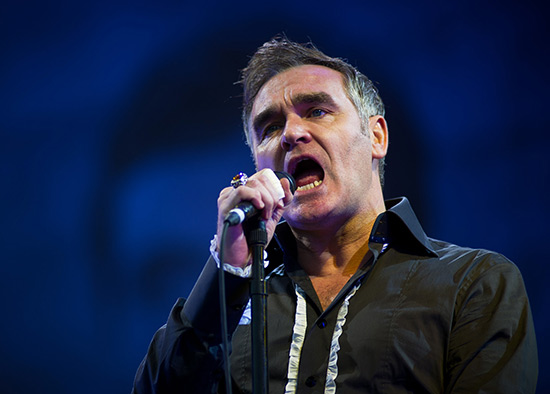 CAIRO: The Muslim Brotherhood was this morning blaming an “unfortunate, innocent mix-up” by one of its summer interns after the English singer-songwriter Morrissey last night performed at a pro-Morsi rally in Egypt.

The forthright, dour Manchester musician performed two songs in front of several thousand protestors in Cairo’s Giza district before an event organiser realised that a mistake had been made.

“It’s a shame really, as the crowd were starting to get into him,” said an unnamed Muslim Brotherhood official. “But his dry, sardonic lyrics about depression, doomed relationships and the English identity just aren’t the right messages that we want to be pushing right now. And he was continuously whinging about the smell from the shawarma stall around the corner.”