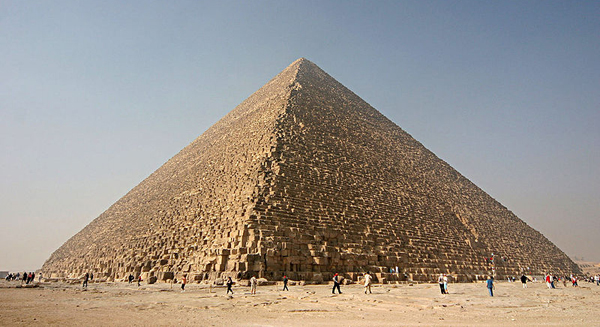 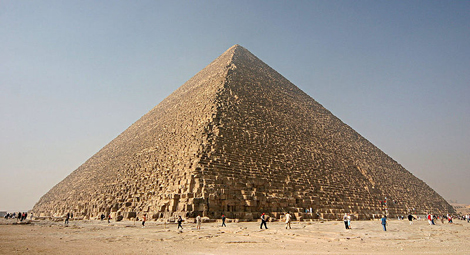 CAIRO: Following reports that Hosni Mubarak has suffered a stroke and is simultaneously on life support, off life support, brain dead, clinically dead, not quite dead and actually feeling a bit better, news has emerged that is set to enflame an already tense Egypt.

According to leaked documents, during his last days in power the deposed president pushed forward a series of policies entitled ‘The Last Pharaoh’s Farewell’ that would ensure that, on his death, he was given a burial according to the customs of the Ancient Egyptians.

The 148-page file includes details of a “mummification process” for Mubarak, along with a lengthy list of “valuable items” that he would be buried with, including “expensive gold watches, top-of-the-range electronics and luxurious overseas properties”.

The leaked documents include detailed descriptions of the Mubarak Pyramid construction

But the news likely to cause the biggest stir is that the former dictator made arrangements for the “construction of a 70-metre tall pyramid on the Giza Plateau”, that would serve as his tomb. Coming in at a cost of $200 million, the pyramid must be built, state the documents, by “an army of 20,000 labourers, who will toil for years to create this final resting place for their god-king”.

Those wishing to see the policy changed by Egypt’s new government are likely to be left disappointed, with political experts claiming that a complex web of regulations has been put in place to ensure any such overturn would take several years of lawmaking.

While plans for The Last Pharoah’s Farewell might please many Mubarak supporters, it’s unlikely to do the same for his wife. Rumours have started circulating online that a last minute amendment to the policy included a stipulation that Suzanne Mubarak would be buried in the pyramid at the same time.