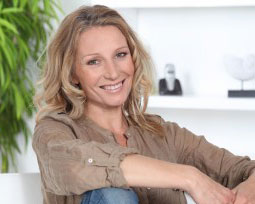 Within seconds of stepping off the plane at Dubai International Airport to start her new life as an expat in the UAE, English housewife Samantha Higgenbottom says she was already planning her ‘tell all’ book about life in the Emirates.

“From the very first glance out of the plane window I could tell that here was an exotic land filled with mystery and intrigue,” she tells The Pan-Arabia Enquirer while supping a Starbucks’ café latte in the Dubai Mall. “And I just knew that it would be packed full of enough eye-raising secrets to fill a dazzling exposé that would lift the lid on what it’s really like.”

Higgenbottom, 39, who has now been living in the city for a week with her hedge fund manager Darren and two cats, Misty and Pebbles, says she is yet to actually unearth any sensational stories worth telling, but is confident they’re just around the corner.

“Who knows what might happen. Perhaps I’ll befriend a group of well-connected women and we’ll spend our days shopping in designer boutiques and evenings drinking Dom Perignon aboard enormous yachts or inside vast palaces owned by chivalrous Arab billionaires who will fly us there by helicopter or drive us in their Maseratis,” she smiles, adding that she’d already bought a small notebook to jot down everything she’d witness.

“Or maybe my husband will leave me and I can write a heart-wrenching narrative about how it was the temptations of Dubai that lured him away. And don’t worry, I won’t be leaving out any of the details!”

Higgenbottom claims that the UK’s Daily Mail newspaper has already expressed an interest in serialising her story should she separate from her husband. “They’ve asked me to start compiling a selection of photos of us in happier times,” she laughs. “I’ve even got a photographer coming this weekend.”

Although not a single word of her gripping real-life Dubai-based drama has been written, Higgenbottom admits she hasn’t been wasting any time in coming up with potential titles.

“Obviously it might have to change depending on the content, but I’ve got a few ideas I quite like, including ‘Secrets Beneath The Sand’, ‘Divas of the Dunes’, ‘Dubai My Lover’, you know, like the James Blunt song, and ‘Behind The Veil’,” she says.

In the meantime, while she researches the juicy content for her bestseller, Higgenbottom claims she has another project in the works.

“The other day I noticed just how many restaurants there were in Dubai serving scrummy dishes from around the world, and realised that they was hardly anybody writing about them,” she says. “So I’m now in the final planning stages of setting up a dedicated food blog.”