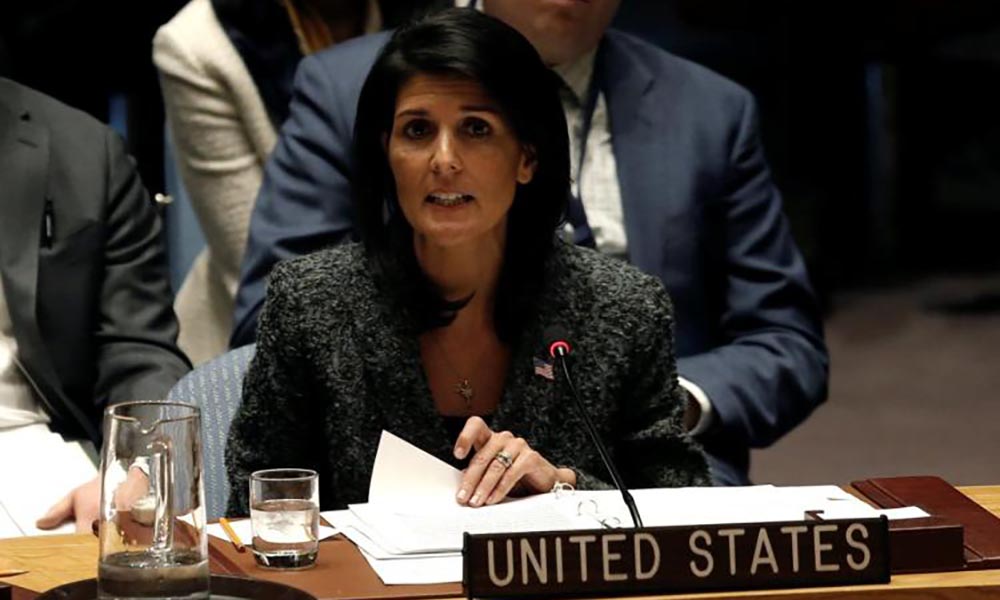 Attempts by the United States to strong-arm United Nations members hit a major hurdle on Thursday, after it emerged that US ambassador Nikki Haley wasn’t able to follow through on her promise to list the countries that hadn’t backed Donald Trump’s move to officially recognise Jerusalem as the capital of Israel.

Having earlier warned that she would be “taking names” of the countries that voted against the US, Haley was forced to admit that she had forgotten to do so.

“Unfortunately I suffered from a momentary lapse in concentration after receiving an amusing text message from a friend,” she told reporters. “By the time I realised the vote was taking place it was too late and couldn’t remember which countries had said what.”