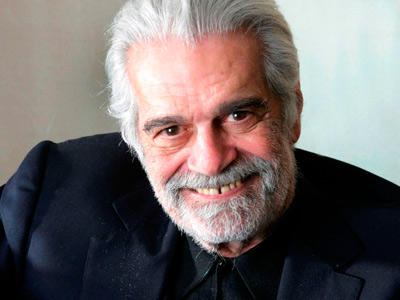 According to insiders, the 81-year-old – who shot to fame in the 1962 classic Lawrence of Arabia – is now the producers’ favourite above the likes of Henry Cavill, Ian Somerhalder and Robert Pattinson to take the lead role as the mysterious Mr Grey, love interest to Anastasia Steele.

“Sure, he might not be as young as many readers had in mind for their Christian,” said a Tinseltown source. “But Omar has bags of experience and those deep, smouldering eyes that studios execs feel will win over the hearts of women – and guys! – the world over.”

Since the rumours came to light, 50 Shades of Grey fans have voiced their support for the Funny Girl star.

“I can totally see Omar in the role… have you seen him in Dr Zhivago?? Totes gorge!!!,” tweeted @50Shades4Eva, a self-confessed ‘Christian Grey nut’.