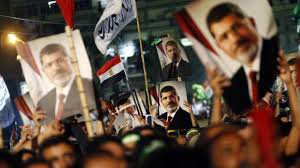 CAIRO: With the death toll from the Egyptian capital rising ever higher as security forces yestoday continued their bloody crackdown against Mohamed Morsi supporters, experts have unanimously agreed that another day of unrest is exactly what the country needs to ease the growing crisis.

“We firmly believe that the Muslim Brotherhood’s call for another day of angry demonstrations against the ousting of Morsi is the perfect solution to the situation and will, we’re sure, bring peace and stability to the streets,” said Boris Calibri-Bold of the Middle East Peace Initiative, a Vienna-based think tank. “Only after another 24 hours of action will the military realise the error of their ways and reverse their decision, which will in turn see calm restored across Egypt.”