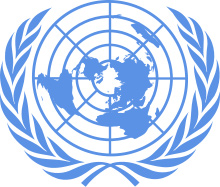 RAMALLAH: The United Nation’s representative for Palestine is crossing his fingers that the UN General Assembly this Thursday votes in favour of upgrading the Palestinian Authority to UN non-member status, not least because he hopes the upgrade will include a parking space.

“Basically, up till now I’ve had to park in the visitors car park which is a hefty walk away and has a meter that needs topping up each hour,” said Riyad Mansour. “I’ve heard that if we get the non-member vote, I’ll get to use the main area which is closer to the entrance.”

Few other advantages of upgrading from observer status have been revealed, but a source from within Mahmoud Abbas’ Fatah government in the West Bank said they believed it would give PA delegates access to the UN’s dining hall.

“We’re sick of having to grab whatever’s left in the Costa Coffee fridge while everyone else goes inside for a proper slap-up buffet,” said one.

Meanwhile, Soviet-born hardline Israeli racist Avigdor Lieberman warned that the Palestinians would pay a “heavy price” should the PA be allowed to use the UN’s main car park, claiming that it was a “fundamental breach of agreements”, and an “anti-Semitic plot to undermine Israel”.