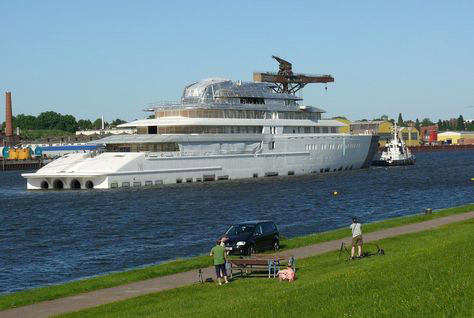 RIYADH: Just days after the unveiling of the world’s largest superyacht – the $690 million, 590ft Azzam – rumours have emerged that its buyer is none other that Prince Alwaleed bin Talal Al Saud, the Arab world’s wealthiest individual.

Although the purchase is as yet unconfirmed, experts have suggested that the move would help the Saudi Prince once and for all settle his dispute with Forbes magazine, which recently put his wealth at $20bn rather than his own estimate of $29.6bn.

“Tell me this, would the world’s 26th richest person, someone with a mere $20bn, go out and buy the world’s biggest yacht?” said financial analyst Frankfurt Kumquat-Jones. “I think it’s time Forbes did the honourable thing and placed Alwaleed in their top 10.”

If the rumours prove correct, the yacht – which has 94,000 horsepower and can reach speeds of more than 30 knots – would join Alwaleed’s other high-profile assets, including a Boeing 747-400 and fleet of gold Toyota Corollas.