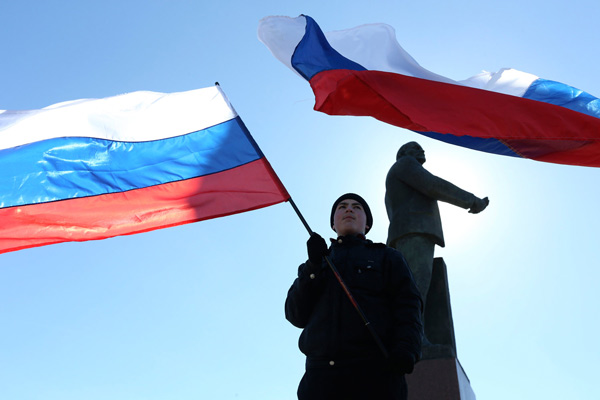 DUBAI: Pro-Russia activists in the Middle East have seized control of two fur coat shops in Dubai’s Marina district and declared their allegiance to Moscow, with a pledge to hold a referendum in the next month.

“Seeking to create a popular, legitimate, sovereign state, I proclaim the creation of the sovereign state of the people’s republic of Maximo’s and Gorky Fashion,” said a heavy-set man in speedos and sandals into a loudspeaker outside the seized buildings this morning.

At the time of going to press, the activists had annexed a small patch of JBR beach to their new sovereign state and were also demanding two club sandwiches and a large Masafi.