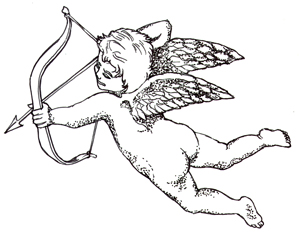 While the continued protests and upheaval in Egypt might be bad news for dictators desperately trying to cling onto power, for many single Egyptian men across the region, they’ve become a veritable cupid’s arrow in their quest for love.

“No one wanted to know me before,” said Hassan Hassan Hassan, a frighteningly dreary 29-year-old Egyptian accountant working in Abu Dhabi. “But now I’m getting dinner invitations left, right and centre from well-meaning people who want me to share my nation’s communal misery over canapés and prosecco.”

Hassan admitted that had even managed to “score” with a sympathetic British woman. “She invited me home with her the other night after I told her that while my body was gorging on a shish tawouk in the UAE, my soul was forever in Tahrir Square. Result!”

Similar tales have been told by other lonely Egyptian bachelors across the Middle East. “Since the protests began, our incredibly hot receptionist Roxy has suddenly taken an interest in me, and keeps asking whether I know people involved in Cairo while playing with her hair,” said Steve Farouk, an appallingly dull 45-year-old insurance salesman in Doha. “I daren’t tell her that I haven’t been back to Egypt in over 20 years and have little interest in politics.”

According to Farouk, this new female attention has actually spurred his desire to keep abreast of the current situation. “I’m now watching the reports everyday so I’ve got something new to say whenever she asks,” he said. “I just hope Mubarak hangs on in long enough for me to seal the deal.”