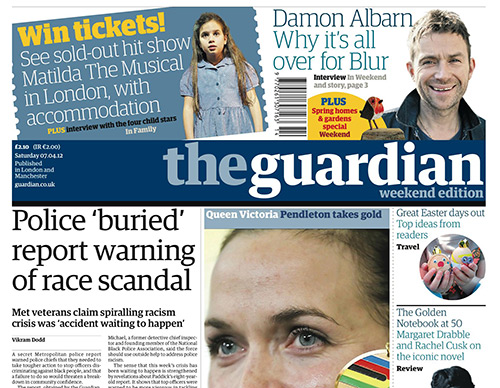 DOHA: Following a shocking expose into the abuse of migrant workers in Qatar printed in The Guardian today, the gas-rich state has chosen to hit back, accusing the UK newspaper of exploiting its own journalists.

In a statement released this afternoon, Qatari officials claimed that the newspaper was involved in the “gross mistreatment of its editorial staff,” many of whom, it asserted, “were living in squalid conditions”.

“Over the years, this supposedly respectable broadsheet has increased its use of freelancers, many of whom are paid less than twenty-five English pence per word,” it claimed, adding that such writers had to “provide their own equipment and often risked severe back problems in later life through excessive hours spent hunched over a laptop”.

Qatar also attacked the editing of the paper, which it claimed was unjustly aligned in the favour of breaking news and not for the benefit of its writers.

“Sometimes, journalists will spend hours labouring over an article, which will then be pulled at the last minute by unscrupulous editors should a major news story come through, or sometimes edited down to a mere fraction of its original size, often with outrageous typos.”

The statement concluded that alcohol abuse was “rampant” among The Guardian’s workforce.