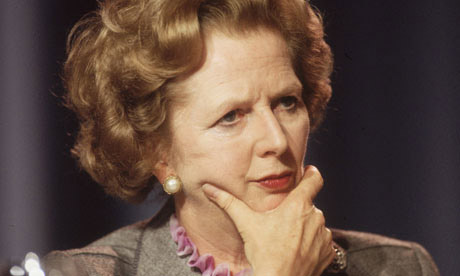 DOHA: With funeral preparations for former British prime minister Margaret Thatcher already underway, Qatar has sensationally swooped in to win the hosting rights and unveiled David Beckham as the star headliner for the event.

Lady Thatcher, who died on Monday aged 87, was due to be given a ceremonial funeral with full military honours at St. Paul’s Cathedral in London. But following a last minute bid, the event will now take place next Wednesday in Doha.

Although financial terms were not disclosed, a source close to the deal claimed that the offer was “simply too good” for Thatcher’s son Mark to turn down.

As part of the new arrangement, Qatari authorities have managed to secure David Beckham – now playing for Qatari-owned Paris Saint Germain – as the funeral’s headline act. Beckham will read out a eulogy at the ceremony, while his teammates, plus footballers from Barcelona, who are sponsored by the Qatar Foundation, will carry the coffin.

“It makes perfect sense as Qatar attempts to position itself as a key player in the international community,” said Middle East analyst Maartin Landis.

“With the Queen, Duke of Edinburgh and several heads of states attending, it’s going to be a truly international affair and bring a lot of attention to the Gulf state. And with Beckham and several other leading footballers now set to appear, it’s a great opportunity for the country to prove it can handle major events amid doubts surrounding the 2022 World Cup.”

But several critics have slammed the move, suggesting that the midday temperatures would simply be too high.

“Prince Phillip almost died after a bit of rain during the Jubilee celebrations last year,” argued Nicholas Witchell, BBC News’ royal correspondent. “What the f*** is going to happen to him under the intense Arabian heat?”

However, organisers in Qatar have since unveiled plans for “state-of-the-art, fully air-conditioned” facilities that they expect to be ready for trials by the weekend.