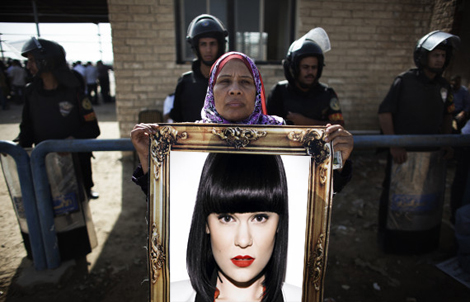 CAIRO: Hosni Mubarak may be facing a life imprisonment following the ‘trial of the century’ in Cairo, but the deposed former Egyptian president said his sentence was “nothing”, compared to the suffering Queen Elizabeth II was about to endure as part of the Diamond Jubilee celebrations in London.

“Jessie J!?” the ex-despot told reporters after the verdict. “I thought they were supposed to be celebrating her reign. The rest of my life behind bars doesn’t even compare to a few minutes of that ear-bleeding nightmare. I’m just thankful for the mercy of Egypt.”