With summer rearing its sweat-drenched forehead just around the corner, the region’s weather forecasters have this week been making their climatic predictions for the coming months.

While almost all agree that the months of July and August are likely to be “unbelievably f*cking hot”, with the neighbouring months of June and September just “f*cking hot”, this year another correlation has appeared in the figures. 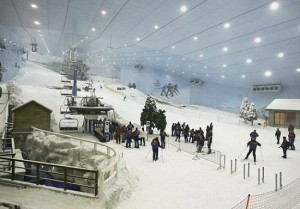 In a report from the Doha Meteorological Office released today, experts from across the Middle East have come together to declare that summer 2012 will also see ‘record breaking levels of articles in magazines and newspaper about DVD box sets, indoor sports, or other ways to beat the heat’.

“Every year it’s the same story,” chief meteorologist Cumulo al-Nimbus told The Pan-Arabia Enquirer. “Around late May we begin to see the first light showers of predictable ‘Top 10 DVD Box Sets For Summer’ stories, which grow steadily until, by mid June, we’re being hit with daily floods of dreary ‘Best Ways To Stay Cool This Summer’ lists.”

But this year, claimed al-Nimbus, the right conditions had been created for this annual phenomenon to reach levels not seen before.

“Due to the sheer quantity of publications around and the growing shortage of imagination, we’re likely to experience the largest number of these uninspiring and repetitive stories since records began in 2004,” she said. “And that means literally thousands of lame jokey references to Ski Dubai.”