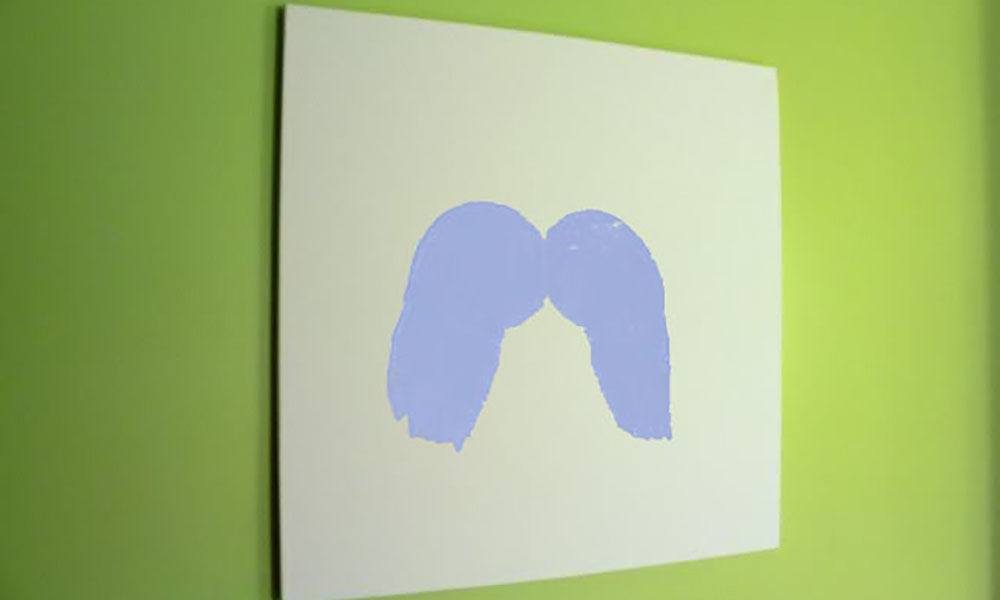 A print from the Arse Sessions, believed to be that of Salman Rushdie

Among the most astonishing works on display at Art Dubai, which will open its doors to the general public yesterday, is a collection from one of the region’s most prolific and controversial figures.

Mockney Eton, simultaneously dubbed ‘the Banksy, Picasso and David Shrigley of the GCC’ by Habibi Magazine in 2012, unveiled his latest genre-defining works at a private opening last night to an audience not unused to being stunned into enthralled silence by the zeitgeist-strumming painter.

The Arse Sessions, made up of twenty individual pieces by Eton, includes the prints of some of the world’s most famous backsides, with each cheek carefully daubed in paint before being placed on the canvas. The celebrities involved – which include singer Lady Gaga, sprinter Usain Bolt and former US Secretary of Defence Donald Rumsfeld – have each signed the prints for authenticity.

“The Arse Sessions is basically about me and, like, really famous people’s arses,” Eton told The Pan-Arabia Enquirer. “I just sort of paint little scenes about my life and then get people like Kim Kardashian to wipe their backside on it. But it’s for charity so everyone agrees it’s alright.”

Almost as soon as the works were unveiled, the Twitosphere was set alight.

Eton explained that the celebrities involved were very keen on the idea when he came to them. “Bono was well into it, you can really tell on that one that it’s his backside.”

The Arse Sessions, which is on public viewing until Sunday, is expected to fetch in the region on $15 million for an unnamed obscure offshore charity.