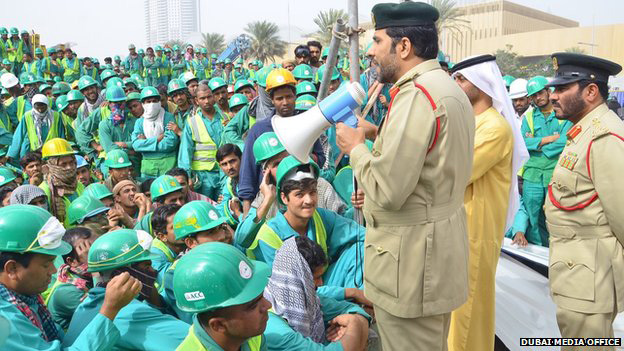 Several hundred foreign migrant workers were joined by a large group of riot police on the streets of Dubai yesterday for an enormous flashmob to mark the launch of the inaugural Dubai Shopping Week. Traffic was held up momentarily around the Downtown Dubai district as the troupe – dressed in full costume – welcomed the arrival of the seven-day event, which will include major sales on top electronics and fashion items across the city’s malls. “It was great to see so many people get involved to celebrate this fantastic event,” said one unnamed resident.

Environmentalist stares at photo of young self as he approves of Dubai Rainforest
Egypt announces new capital, denies all knowledge of ‘so-called Cairo’
Advertisement