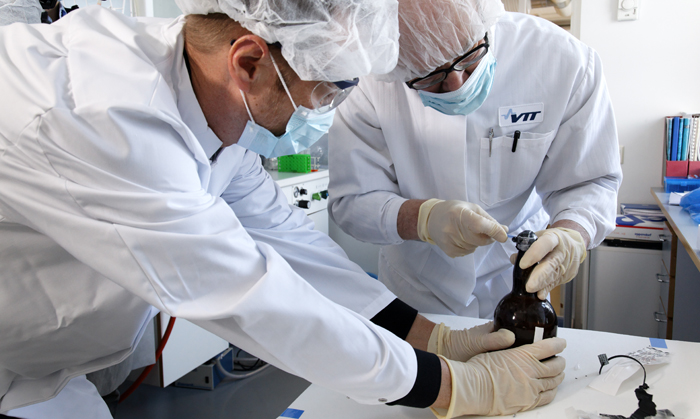 Some scientists work on the gold and platinum-beating new metal, yesterday

Middle East businesses and luxury lovers are said to be in high anticipation today after a team of scientists claimed last night to be on the verge of creating a “the world’s most exclusive precious metal”.

The arrival is expected to revolutionise various segments of the service industry across the region, with many companies and organisations having already indicated that they would ditch common ‘platinum’ or ‘gold’ top-tier levels in favour of this new discovery.

There were similar feelings from within the regional nightlife scene, with many club owners claiming they would be developing more luxurious areas of their venues to cater to this new level of exclusivity.

“Our Platinum Level Guests are going to wake up to find they’re no longer our most valued customers,” said Dubai-based Club Smug promoter Stryker Pose. “They’re going to have to spend a bit more to keep up.”

The news comes just weeks after economists warned of hyper-inflation among the Gold and Platinum levels of exclusivity. Excessive usage by businesses looking to satisfy the need of many consumers to feel superior has seen the perceived values of such metals plummet to all-time lows, with many having to revert to levels such as ‘Triple Platinum’ to maintain their superficial value.

Some experts had suggested that saturation was sending Gold and Platinum heading in the direction of the now much-maligned ‘VIP’ status, which one claimed was “so common it makes me feel nauseous”.