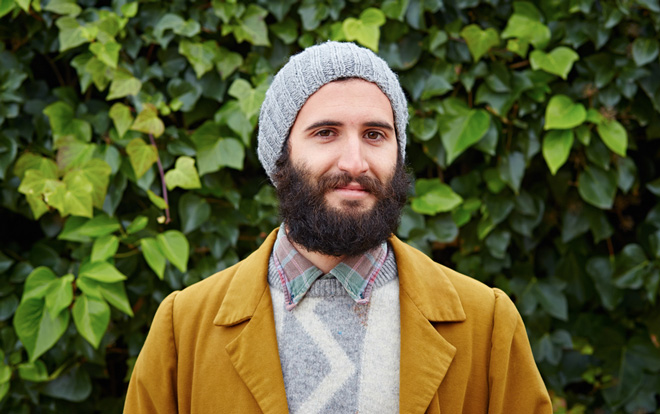 Egyptian hipster Khalid Al Hassan was sentenced to death “long before it became so lame and mainstream,” he told friends at a Cairo coffee shop yesterday.

Wrapping his 6ft long scarf under his shaggy beard, blogger and videographer Al Hassan claimed that “all the squares are doing it now, its lost its relevance.”

“The death sentence used to be so dark, so edgy but now its corporate and mass produced,” he told our reporter, before inviting her back to his apartment to “look at my collection of Russian lithographs” and listen to Barney The Dinosaur on a 1970s record player.

“People think I listen to Barney ironically. I don’t. That’s the irony,” he explained.

Al Hassan, who was sentenced to death in 2009 but received a Ramadan pardon for his blasphemous ‘My Dog Is Jesus’ T-shirt, now hopes to get 100 lashes for his next act of blasphemy.

“Lashes are where the scene is right now. I may scream out in pain but I’ll only be screaming ironically,” he insisted, as he poured Tibetan tea that only seven people in the world have tasted. “Getting the death sentence is so middle-of-the-road. It’s like listening for Coldplay, purely for the mainstream herd who think they are edgy,” he insisted.

Al Hassan says he won’t mind getting lashed “as long as it doesn’t ruin my SpongeBob SquarePants back tattoo. Nobody touches that,” he claimed.