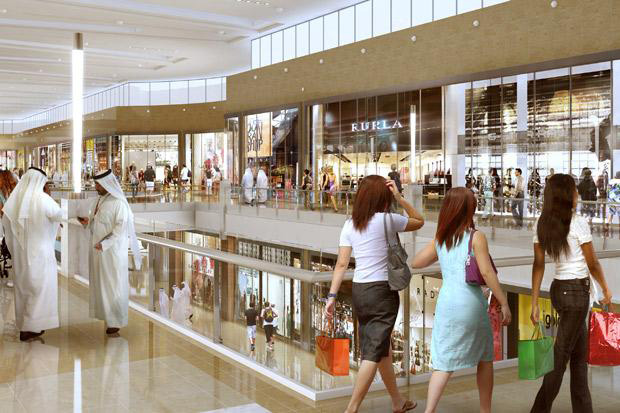 Abu Dhabi shoppers have expressed their relief after the capital’s newest and biggest mall finally opened its doors on Yas Island.

Yas Mall, according to developers, “re-defines the shopping space” with its unique combination of coffee shops, lingerie stores, expensive watch shops, a cinema with lots of screens, an unreadable electronic mall directory and a really big car park that’s “quite difficult to get out of without scraping the nearside of your Land Cruiser”.

“I’ve been waiting all my life for this!” said local resident, Ahmed Al Jaleeli. “It’s like I’m going shopping for the very first time, although I actually went to Marina Mall this morning. This is just more mally.”

Prior to the opening of Yas Mall, Abu Dhabi residents’ consumer activities were limited to just 32,657 shops in one or two malls, including as Marina, Wahda, Dalma, Mushrif, Raha, World Trade Center, Khalidiyah, Deerfields, Mazyad, Abu Dhabi Mall and loads of others, plus the one on the E11 near Baniyas that nobody has ever been to.

“This is life-changing,” says Brian Pollard, who lives on Abu Dhabi’s remote expat sink estate, Al Reef. “Before this, we had to stock up on tinned food sent from the UK, but now we can drive to some shops without taking an emergency petrol can.”

Yas Mall also has several toilets for both men and women.