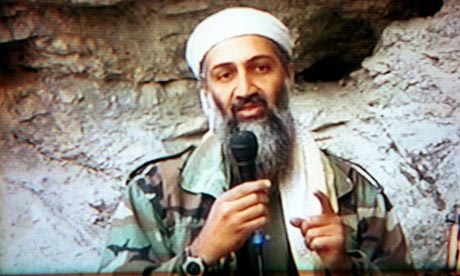 While the shooting to death of Osama Bin Laden by American forces might have upset fans of the al-Qaeda CEO, many in the souvenir business are hoping his killing will lead to a literal ‘boom’ day in market sales.

Just minutes after the international terror leader’s death was announced, prices for memorial Bin Laden tea towels and plates jumped by almost 300 per cent online, as many internet stores looked to cash in on the news.

“The second we heard that he’d been killed, we had all our artists working flat on the latest range of Bin Laden chinaware,” said Omar Gawd, chief marketing officer of terrortat.com. “As far as we’re concerned, this could be the biggest day of the financial year for us.”

Several enterprising companies who made souvenirs of the recent British royal wedding of Prince William to a commoner are also looking to take advantage of the situation by making minor adjustments to their leftover stock.

“By scrawling a shabby grey beard on Wills and putting a veil on Kate, we’ve created the perfect memento to mark the occasion,” said Charlie Davidson of Royal Tosserage.