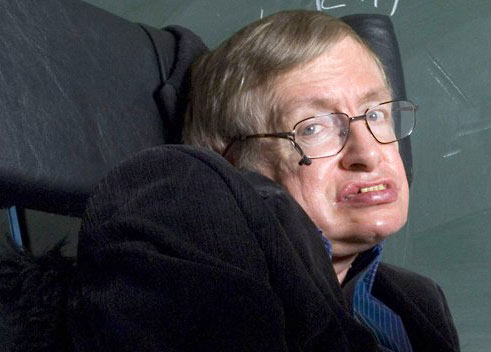 DAMASCUS: It had been described as one of the biggest public speaking events of the year, a rare chance to hear one of the world’s foremost scientific figures give a lecture on a subject of which he is considered peerless. But last night Stephen Hawking’s much-publicised talk at a TED event in London was steeped in controversy when the famed astrophysicist’s electronic vocaliser was reportedly hacked by Syrian web activists.

Hawking had been due to speak about black holes and the big bang to a sell-out crowd in London’s Royal Academy. But soon after taking to the stage the world renowned scientist – who suffers from motor neurone disease and is forced to speak via a computer synthesizer – veered off topic and began unexpectedly offering his support for Syrian president Bashar Assad. In a two-minute tirade that provoked gasps from the audience, Hawking urged the US to “cut Assad some slack” while also suggesting that the embattled dictator “wouldn’t use chemical weapons” and, most shockingly, was “quite handsome”.

IT experts eventually managed to locate the source of the electronic attack and wrestle back control of Hawking’s voice machine, but not before he had claimed that Syrian computer hackers were “totally hot”.

Although the lecture was able to carry on as planned, with Hawking delivering an impassioned and eye-opening speech about the existence of black holes, several members of the crowd had already walked out in disgust, while many of those that remained claimed there was an uneasy feeling in the air.