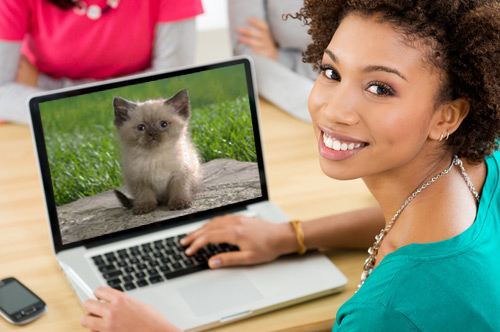 A rookie reporter in the final year of journalism school is said to be eagerly looking forward to getting a job on a top magazine or newspaper and having her her first meaningless list published online.

“I simply can’t wait to spend a few minutes researching on the internet, pulling together a collection of items, people or events to write a few badly-sourced words about and then post them online in some sort of order, together with a load of pictures,” said 20-year-old Maryam Wump, studying a degree in Journalism and New Media at Abu Dhabi’s Zayed University, adding that she was inspired to get into writing having read about the investigative reporting of Bob Woodward and Carl Bernstein in All The President’s Men.

“Hopefully the readers will have to click through the images accompanying my list, thus increasing the online traffic for whichever publication I’m working for and increasing revenues from banner adverts,” she said. “It’s so exciting just even thinking about being a part of this exciting media industry!”

Although Wump admitted she had no idea what the central theme would be for her first list, she did claim to have already drawn up a few ideas for when the occasion finally arises.

“Obviously, it’ll be up to my editor, but I was thinking it might be cool to do a run down involving a topical issue, you know, like ‘13 Celebs That Want To Twerk Like Miley Cyrus’ or perhaps something that might spark a lively debate in the comments section, like ‘Top 10 Reasons We All Want To Be In Downtown Abbey’.”

Claiming that she had read the works of journalists such as John Pilger and George Monbiot and was keen to emulate their ground-breaking reportage, Wump added that it was “every young writer’s dream” to see their first byline somewhere.

“And I can’t wait to have mine under an article entitled ‘11 Tell-Tale Signs That Brad and Angelina’s Relationship Might Be On The Rocks’ or ’Nine Cats That Are Cuter Than Justin Bieber’.