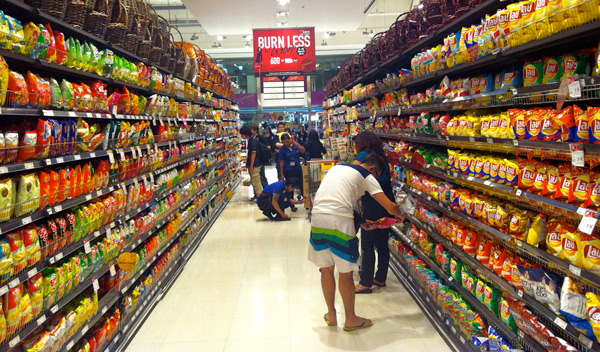 As part of an ongoing bid to tackle the region’s growing obesity crisis, supermarkets and convenience stores across the Gulf have vowed to dramatically narrow the width of aisles containing snack food.

Following an announcement yesterday, major chains including Spinney’s, Carrefour and Lulu now plan to reduce the width of their crisps, cakes and biscuits aisles to a slimline 0.7 metres, giving overweight customers an significant hurdle to overcome if they’re to reach the fattening treats.

“It’s all about cutting off the supply,” said Dom Wayland, spokesman for Mohamed, Mohamed & Sons Grocers, which is also joining the scheme. “If our more heavy set customers can’t actually get their chubby paws on the most unhealthy foodstuffs, then perhaps they’ll turn around and notice the organic fruit section, which we’re actually going to be widening at the same time.”

But the decision has faced fierce criticism from several medical groups, with some critics slamming it as reckless and hugely insulting.

“It’s an extremely ill-conceived idea,” said Dr Rajed Mappuri, chief nutrition expert at the Gulf Heath Institute. “I mean, the very thought of some 24-stone guy waddling into a supermarket and doing his own shopping in the first place is just laughable. He’s going to send someone else or worse, just ring them up and order 50 pipes of Pringles for delivery.”

The narrowing of snack aisles follows a healthy eating initiative introduced by KFC Middle East earlier in the year which stated that customers could only order a Family Bucket Meal if they brought with them at least three members of their family.