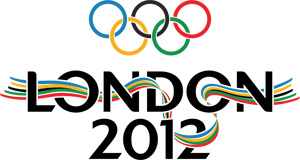 LONDON: With just over a month till the year’s biggest sporting event kicks off, The Pan-Arabia Enquirer has been named official MENA online satirical media organ for the London Summer Olympics 2012.

The move sees the Enquirer join a select group of official partners that includes McDonalds, Visa, British Airways and Abu Dhabi-based Happy Summer Foodstuffs general store, and will give the parody news outlet exclusive rights to satirise the Olympics for online audiences across the whole of the Middle East and North Africa.

Strict rules regarding official partners means that The Pan-Arabia Enquirer will be the only regional satirical newspaper allowed to appear on computer screens in the Olympics’ Games Village in London. There will also be significant fines for any others that cover the competition in a satirical manner.

“This is an excellent arrangement for the Enquirer,” said Roy al-Jubilee, interim deputy editor for The Pan-Arabia Enquirer. “With this deal in place, we’ll be able to exclusively offer our readers across the region made up stories from the biggest sporting event of the year.”