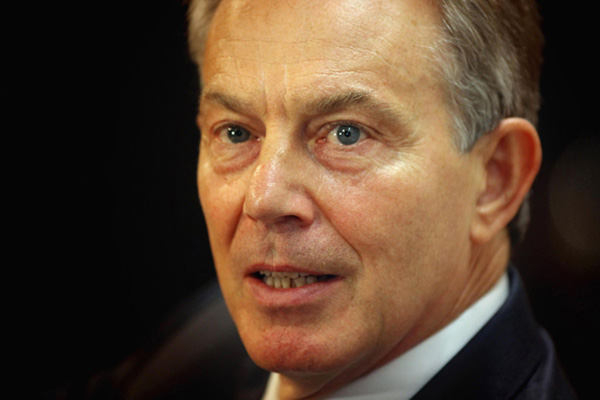 Over 100 Palestinians have reportedly been killed by Israeli airstrikes and naval bombardments since Sunday, with hundreds of rockets fired by Hamas-linked groups into Israel. But the death and destruction came to an abrupt end on Friday morning after the former British prime minister stepped in.

“Well, he is Middle East Peace Envoy, so it’s kind of in the job title,” a spokesman for Tony Blair’s office told The Pan-Arabia Enquirer. “I can’t give exact details of what Mr Blair did, but let’s just say it resulted in an immediate cessation of violence between Israel and Hamas.”

Speaking to CNN, Israeli prime minister Benjamin Netanyahu said that a phone call from Blair was enough for him to instantly withdraw troops from the Gaza border and call a halt to further airstrikes.

“Talking to [Blair] just made it all clear, it made me realise that Israel shouldn’t punish the people of Gaza further and that the only way to work with Hamas was through a peaceful, cooperative dialogue,” he said.

A spokesman for Hamas exclaimed on Twitter that Blair had encouraged the group to “put an immediate end to all rocket fire” and to “seek diplomatic discourse with Israel”.

International politicians have been quick to praise Blair’s swift actions, which have brought to end a deadly conflict that threatened to enter a second week.

“Where Tony goes, peace usually follows,” said German chancellor Angela Merkel in a statement. “I just think that it’s incredible that he manages to do all this tireless peace work for the Middle East without instead using his influence to seek major financial gains elsewhere.”