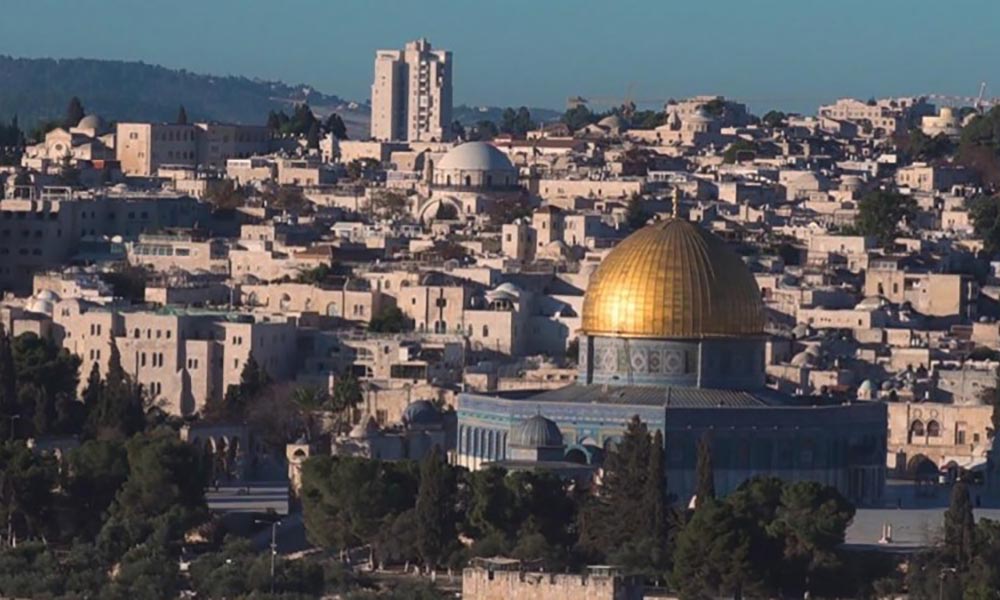 Less than a week after announcing that the U.S. would formally recognise Jerusalem as the capital of Israel, President Donald Trump further underlined his efforts to ramp up the Middle East peace process.

In a statement released by the White House, Trump unveiled plans to fund a vast public gardens dedicated to peace in Jerusalem.

“The Donald Trump International Peace Gardens will be a symbolic tribute to the friendship that we have helped forge between the Israelis and Palestinians, offering a place for quiet reflection and appreciation at the tireless efforts to bring harmony to the region,” he said. “With this incredible project, the Trump administration has one again cemented its commitment to peace.”

The nearly 10 square-kilometre garden complex will feature a network of intertwining “friendship” walkways, a Memorial Fountain of Peace in the shape of Picasso’s Dove of Peace illustration and a Peace Chapel, the walls of which will be inscribed with notable quotes about peace.

The Donald Trump International Peace Gardens are due to be constructed in early 2018 in East Jerusulam, resulting in the expected displacement of around 15,000 Palestinian families.

You may also like...
Related Topics:donald trump, israel, palestine, usa