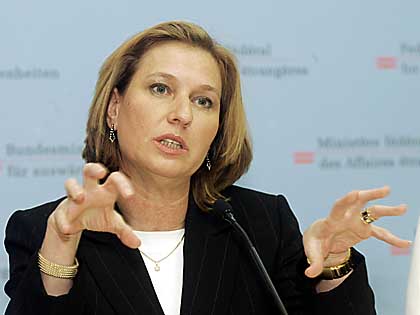 JERUSALEM: Israeli opposition leader Tzipi Livni has sensationally resigned following an argument with Shimon Peres over a game of Scrabble in the Knesset bar.

Reports suggest Livni had attempted to play ‘Tzipi’, meaning ‘to deny something that is in front of you’ (taken from her famous quote “there is no humanitarian crisis in the [Gaza] Strip” during 2008’s Operation Cast Lead), only for the word to be rejected by Peres.

Sat over a triple word square and with the Z on a triple letter, ‘Tzipi’ would have earned Livni a game-winning 111 points.