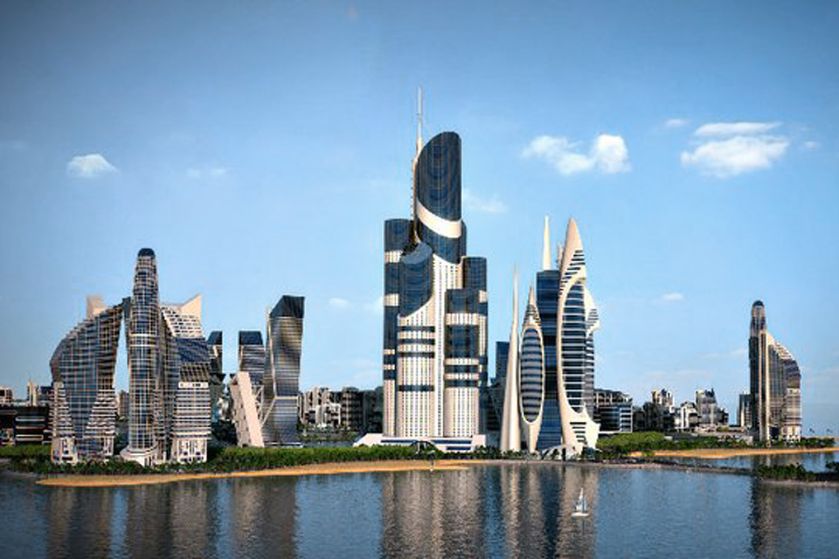 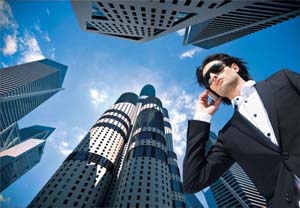 A man from the future stands in front of the as-yet-unbuilt Azerbaijan Tower on a space-age phone that can no doubt read his mind to send texts, or something

BAKU: Both the UAE and Saudi Arabia were in agreement yesterday as the countries came together to criticise plans by Azerbaijan authorities to build the world’s tallest tower in Baku.

Announced earlier this month, the Azerbaijan Tower – which is expected to be complete in 2025 – will stand at 3,645 feet, some 27 per cent higher than the Burj Khalifa in Dubai and even taller than the upcoming 3,281 foot Kingdom Tower slated for construction in Jeddah.

The tower in the Azerbaijan capital will soar over the Caspian Islands, a collection of 41 man-made islands connected by bridges off the shores of the Caspian Sea, and is expected to include several five-star hotels.

“This is just showing off, plain and simple,” said Saudi minister for Tall Things, Firaz Mataz. “Can’t they at least let us build our tower first before jumping aboard the bandwagon?”

The chairman of the UAE Association for Outlandish Architecture has labelled the Azerbaijan Tower “vulgar”. Speaking to The Pan-Arabia Enquirer via Facebook chat, Hans Tandde claimed that despite the new record breaker, the Burj Khalifa would remain the world’s favourite.

“It’s just too much,” he said. “At least with the Burj we kept it, you know, nice and minimalist, not too brash or showy. And man-made islands? Seriously, those things are so 2007.”

One positive element drawn from the announcement in Baku was that Tom Cruise will be in his 60s by the time the tower is opened, and therefore probably unable to frolic about on the side of it.