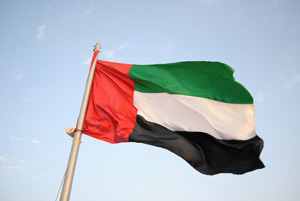 ABU DHABI: The United Arab Emirates might not make it to its 42nd birthday, should the aims of a new national initiative succeed.

According to sources, the country is sensationally looking to change its official name to AAA111 UAE at the United Nations and will be filing a request when the next session of the General Assembly opens in September.

“For too long, the United Arab Emirates has languished in 242nd place in the list of countries of the world,” said an insider. “With this name change, it shall be in a position befitting of a country of its international stature and aspirations: at the very top.”

Despite the cost of administrative changes – including new passports and almost all pieces of official documentation – believed to run into the tens of millions, many residents appeared pleased with the move.

“It just seems totally out of order that a country with the world’s tallest tower, biggest mall and most expensive cheese sandwich should be so low down the list,” said Epsom Bethesda, a 39-year-old broker in Dubai, adding that he was looking forward to “not having to scroll down to the bottom every time he filled in a form online”.

“We’ve just opened the world’s goldest car park and have an underwater hotel on the way… obs we should be number one on the list,” said Abu Dhabi-based public relations executive Jipp Holdem. “I mean, who is there now, Afghanistan? What have they got?”

However, should the request be accepted by the UN, it is unlikely to please Qatar, which will be bumped from 190 to 191.