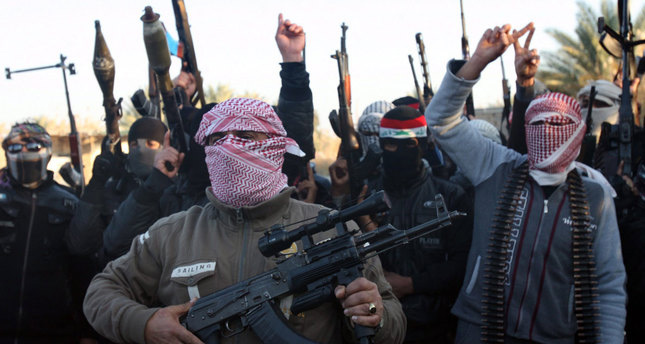 “Al Qaeda and Halliburton are committed to keeping Iraq safe from evil-doers,” said both groups in a joint statement as they announced an anti-terrorism defence contract believed to be worth almost $1.2 billion.

“They are as committed as we are to keeping Iraq’s borders free from terrorists who threaten our way of life,” he added.

“We in the Al Qaeda in Iraq family are delighted to be partnering with our key allies, Halliburton,” said leader Abu Bakr Al Baghdadi, the leader of ISIS, an Al Qaeda spin-off considered too extreme by former International Chief Executive, Osama Bin Laden.

“By keeping our airports and border crossings free from terrorists, Halliburton is aiding our key mission of securing the nation and preserving our values of freedom and safety,” Al Baghdadi added, while beheading a Shia grocer.

The deal includes airport security, body scanning equipment and facial recognition software that will immediately identify anti-government terrorists in a crowd.
Meanwhile, Al Baghdadi has also inked a deal with Lockheed Martin to supply $350 million worth of surface to air missiles.

“With this deal, Lockheed had once again shown its commitment to peace and stability,” said Al Baghdadi at a reception in Fallujah sponsored by a US lobbying firm.

“It is our honour to assist the patriotism of Al Qaeda with our patented Shia Civilian Elimination Systems (SCES) defence solution,” Lockheed said in a statement.

Egypt accuses Al Jazeera of biased, pro-Muslim Brotherhood coverage of Al Jazeera trial
Woman might set up blog in which she rants about stuff
Advertisement