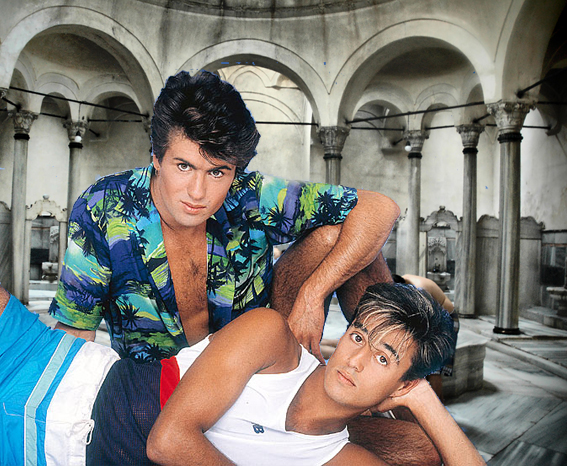 Wham! pose for photos at the initial announcement of the luxury hamams in January

AMMAN: George Michael and Andrew Ridgeley have sensationally spoken out about a wave of recently-opened high-end Turkish baths in the Jordanian capital.

The Wham! Hamams were due to be the ‘the ultimate 5-star luxury in male bathing’, according to initial documents.

However, following reports that disgruntled bathers have been greeted by half-finished steam rooms, empty plunge pools and substandard massages, the 80s stars have broken their silence and distanced themselves from the project.

“When we originally became involved in this development, we were given assurances that everything would be of the highest quality, in line with the Wham! brand,” said Wham! assistant CEO, Ridgeley.

“Our lawyers have been involved and requested an immediate cessation of the Wham! name,” added Michael, Wham! group chairman.

Despite the issue in Jordan, Wham!’s latest Middle East investment in Dubai is still due to open next week as planned. Drinks at the Jumeirah Club Tropicana will, reportedly, be free. Entrance won’t, however, starting at Dh1,000 per person.