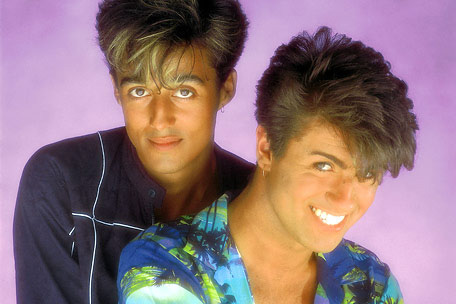 “When we heard that Mammoth Iftar were running a luxury all-you-can eat Ramadan buffet, me and Andrew signed up immediately,” said Michael in a press statement. “The company literature promised the ultimate in post-fasting feasting, all set in luxury surroundings – complete with 5-star sedate entertainment and a water feature.”

However, upon arrival, the 80s hitmakers’ dreams of unlimited hummous and free-flowing date juice were dashed.

“Not only was the fatoush rather bland and the kebabs lacklustre, but it turned out to be a one-visit-only buffet,” said Ridgely. “And the plates were tiny. The entertainment consisted of a 20 Greatest Oud Hits CD on repeat, and the water feature was a cheap garden fountain.”

“And unlike in our smash hit Club Tropicana,” added Michael, “the drinks were not free.”

A spokesman for Mammoth Iftar said: “We are sorry that Wham! suffered a disappointing experience. Most 80s pop legends who have visited our buffets have been delighted.”