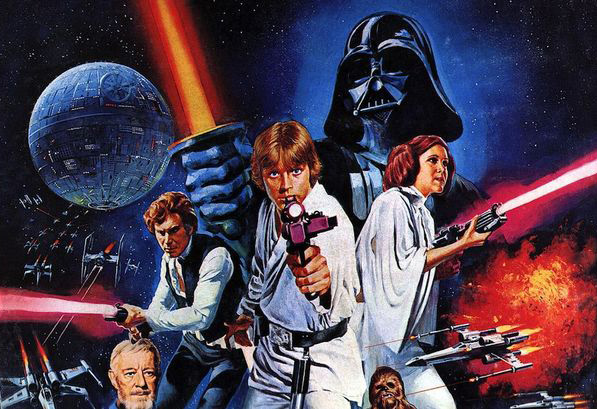 If the rumour mill is churning correctly, then the hotly anticipated Star Wars Episode VII is already filming in Egypt, Jordan, the UAE and central Riyadh, simultaneously. Put the gossipmongers out of their misery and find out where J.J. Abrams and the Skywalkers are shooting with The Pan-Arabia Enquirer’s official guide.

Dubai, United Arab Emirates
Who can forget the Mos Eisley Cantina scene from Star Wars IV? The famed bar has become so etched into film folklore that scriptwriters wanted to find a new drinking hole for the next batch of intergalactic heroes and villains. After a long period of scouting, they chose Dubai’s favoured expat hangout, Barasti.

Cairo, Egypt
As they say, the best place to hide a book is a library. Therefore, the best place to hide a super secretive film shoot is somewhere overrun with people clutching video cameras. Despite recent reports, Star Wars has actually been covertly filming in the centre of Tahrir Square since last July. To date, the only setbacks have been the arrest and incarceration of 14 battle droids, six Jedi knights and an X-wing for suspected Muslim Brotherhood allegiances.

Qom, Iran
The central Iranian city of Qom was actually built from scratch by George Lucas for 1980’s The Empire Strikes Back, but the revolution of 1979 forced production to move elsewhere (although the town retained its Huttese name). With Iran’s international relations having now thawed, the shoot is set to finally return for the seventh episode. Look out for a cameo appearance by former president Mahmoud Ahmadinejad.

Petra, Jordan
Leaked sources have revealed that several scenes from SW VII will be shot in the ancient ruins of Petra. One will see an aging Hans Solo, in ill-health, seek to prolong his years by drinking from the fabled Holee Gra-al of Nar Shaddaa, said to be found in an ancient temple protected by deadly booby traps, crusade-era guards and Nazis.