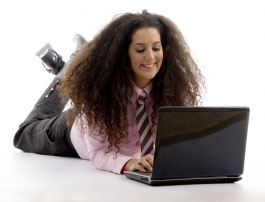 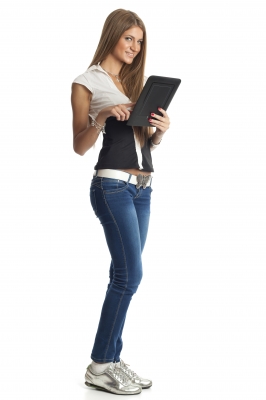 A woman on a computer, as found by our picture editor

Jordanian blogger and social media enthusiast Leila Makhram last night used Twitter to declare that she was finally giving up trying to start a hashtag trend after almost two years of trying.

Makhram, a freelance branding consultant, joined Twitter mid 2010 and almost immediately began adding hashtags to her comments in the hope of starting a trend.

In early 2011, she went for a different approach, hoping to garner sympathy from the Twittersphere with attempts such as #thatsprobablywhyimsingle, #imsuchadoofus and #anotherdayanotherdisaster, again barely raising so much as an online eyebrow from the social media community.

Attempts to jump aboard the Arab Spring bandwagon also failed to garner Makhram any attention. #vivatahrir and #hosnihasbeen died as trends almost as soon as they were first posted.

December 2011 saw Makhram change tack down a more suggestive route. However, #reasonsimgoingcommando, #thatswhathesaid and #wishidwornalowcuttop weren’t continued by a single one of Twitter’s 100 million plus estimated active users.

Her final attempts came last month, with Makhram opting for a shorter, more succinct efforts for people to replicate such as #soboring, #thatsme and, bizarrely, #fattoush. Nothing caught on.