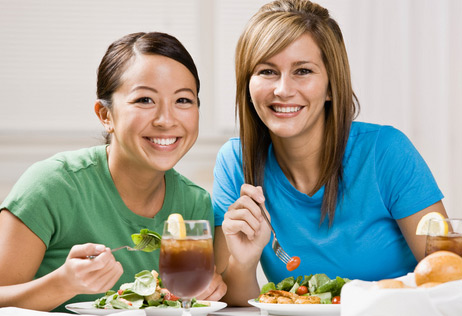 ABU DHABI: According to reports, Sandra Blenham-Wode is undecided whether to first use Twitter or Facebook to reveal that she is currently having a “very nice” lunch and a catch-up with her friend Debbie ‘Debs’ Bottoms.

“I mean, Facebook would obviously give me room to go into detail, you know, so I could perhaps describe the pumpkin salad – maybe even with a photo – and also link in Debs so it appears on her timeline,” the 28-year-old personal assistant told local reporters from the lunch table where she is currently sitting with Bottoms, adding that it’s “always rewarding” to see likes and comments from her Facebook friends.

“But then there’s that sense of breaking news immediacy you get with Twitter. And if I use a few hashtags and include the handle of the café then there’s the chance of getting some retweets or extra followers,” she admitted.

At the time of going to press, rumours suggested that Blenham-Wode was considering a “two-tiered” approach, in which she would first announce the news on Twitter and then follow this up with a larger feature on Facebook. “But I might wait until after we’ve finished dessert or Debs has finally shut-up about her new baby,” she is believed to have said.