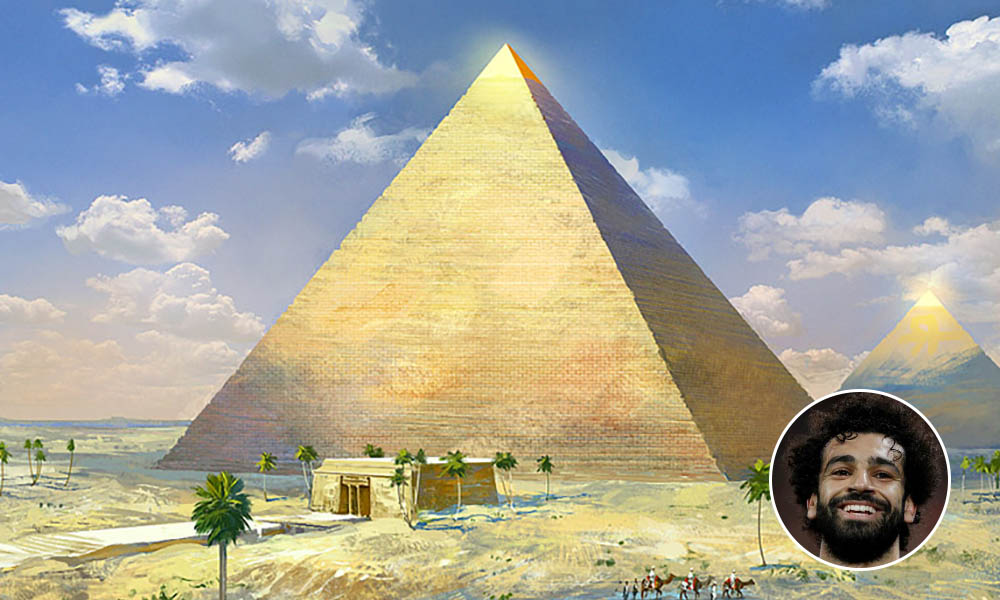 An artist's impression of how Salah's pyramid will look

Work has officially started on a pyramid on the outskirts of Cairo that is set to eventually become the burial site for Egypt and Liverpool footballer Mohamed Salah.

Rising some 140 metres tall once complete, the vast structure will be constructed using an estimated two million blocks of stone carved by hand from nearby quarries, with around 100,000 labourers working day and night over the next 20 years.

Within the pyramid, an ornate chamber will house Salah’s golden sarcophagus, a special cabinet for honours such as his recent PFA Player of the Year award, and other items to aid his journey to the aterlife, including food, water and Lucozade Sport.

“While we are sure he has countless goals and man-of-the-match awards ahead of him, when the time eventually comes, our mighty pharaoh will require a suitable resting place; a tomb worthy of such magnificence,” said project manager Marwan Halabi, speaking at the ground-breaking ceremony.

“Much like his first goal against Watford in March, or indeed his performance across the whole of the 2017/2018 season, Salah’s pyramid will be instantly recognised as one of the great wonders of the world.”