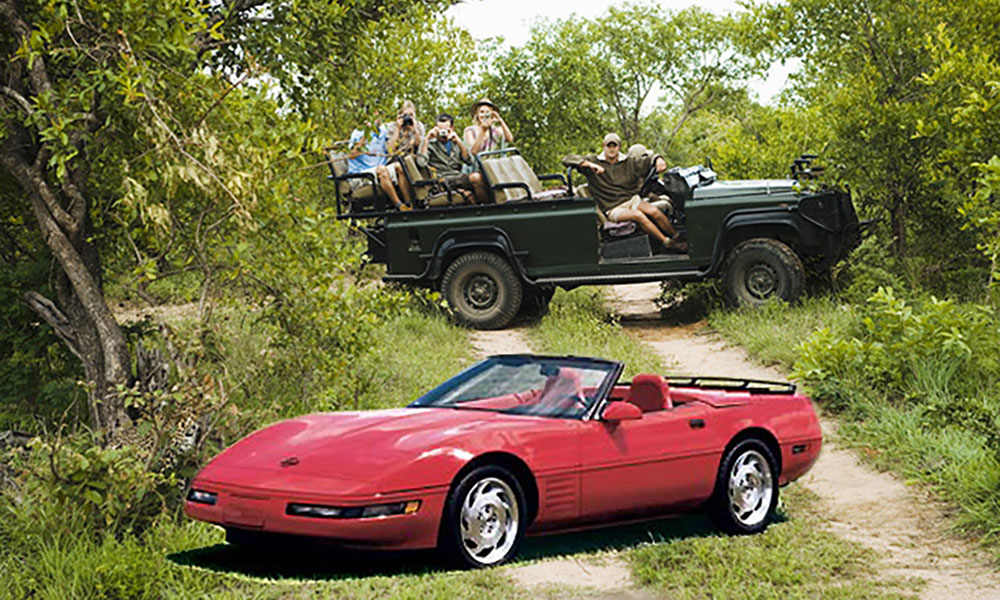 Motoring enthusiasts and conservationists descended on the UAE capital this morning to see the opening ribbons cut on what is believed to be the world’s first wildlife reserve dedicated to unwanted and abandoned cars.

The Al Saad Motoring Sanctuary, built across 4,500 square kilometres on an island of reclaimed land just off the Abu Dhabi coastline, currently houses more than 800 cars, including a 1992 Corvette ZR1 and pack of 2004 Honda Civics.

“It’s really a dream come true to see this project take shape,” said Ahmed Ali, the sanctuary’s founder. “We’ve all heard horror stories about Ferraris and Lamborghinis left to rust on the roadside by neglectful owners. Finally, these proud creations have somewhere to call home.”

Ali claims his vision for the sanctuary began back in 2009, when reports first emerged in the international press about Dubai residents abandoning their motors after the financial crisis hit.

“I remember hearing of a 1997 Jaguar XK8 Convertible, totally covered in sand, that had been sitting by the airport for several months,” he says with a sigh. “It really hit me hard. Being a longtime car lover, I thought I could either simply get angry with the sort of human who could treat a vehicle this way or see what I could do to help. I’m pleased to say I chose the latter.”

Having taken in “around 30 or so” such cars, Ali soon realised he was running out of space in his nine-bedroom villa to house his growing collection, which is where the idea for a dedicated space first emerged.

“It just became a necessity. Cars like the 1992 Honda NXS or the 1998 BMW 3 Series aren’t expected to live in cramped conditions in parking lots. They need their own space to roam free.”

Having secured several grants from international motoring organisation and using some of Ali’s own money, work on the Al Saad Motoring Sanctuary began late 2011, but it didn’t begin welcoming its first four-wheel guests until earlier this year.

“Of course, we’re very careful not to release abandoned cars into the park to soon,” he claims. “Some of these motors haven’t seen a six-lane motorway for several years and we’ve brought in experts to provide a thorough rehabilitation programme to make sure every car is ready.”

And the hard work appears to have been worthwhile, with the sanctuary’s first visitors unanimously declaring the project a success.

“I can’t believe it, I just saw my very first Porsche 959.” said Mario Fruhstuck, a Qatar-based mechanic who says he’s been following the progress of the sanctuary right from the start. “It’s so rare to spot one of these outside of a collector’s garage, but there it was, shading beneath a tree.”

“We’ve read about the conditions they were found in, so were worried they’d be shy around humans,” said Dexter Al Mahmoud, who drove up from Dubai for the opening. “But we’ve been able to get really close. I even got to stroke a Baby Bentley. It was adorable!”

Founder Ali says there are plans to raise money for the sanctuary’s upkeep via an adoption scheme, whereby visitors can pay a monthly fee and receive regular photos of their chosen car and details of any bodywork or interior alterations. Looking further to the future, he also hopes to expand the park.

“We don’t want to reach the point where we’re forced to turn away a single lost or abandoned car, so we’re definitely going to need more space if we keep welcoming and rehabilitating new residents at our current rate. Naturally, we’re also planning to build an accompanying themed hotel, water park and shopping mall.”

You may also like...
Related Topics:abu dhabi, motoring, uae