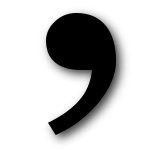 SANA’A: Global Grammar chiefs have sensationally slammed authorities in Yemen after they failed to back down on the spelling on the country’s capital.

After months of tireless negotiations, the Yemeni government yesterday issued a statement in which they refused to remove the apostrophe from the name Sana’a.

“We shall not and will not be bullied into changing the name of our historical capital,” the statement read.

In response, the UN Bureau For The Globalisation of Spelling and Pronunciation gave a press conference in which they described the move as “reckless” and “irresponsible”.

“Only when Yemen removes this preposterous rogue apostrophe from Sana’a will their country ever be able to join the global community,” said Michael Mississippi, head of the Bureau.

“It just looks idiotic, especially if someone was to write about something that the city possessed and had to add an extra apostrophe, such as Sana’a’s waterworks, Sana’a’s education system or Sana’a’s ridiculous name,” he continued.