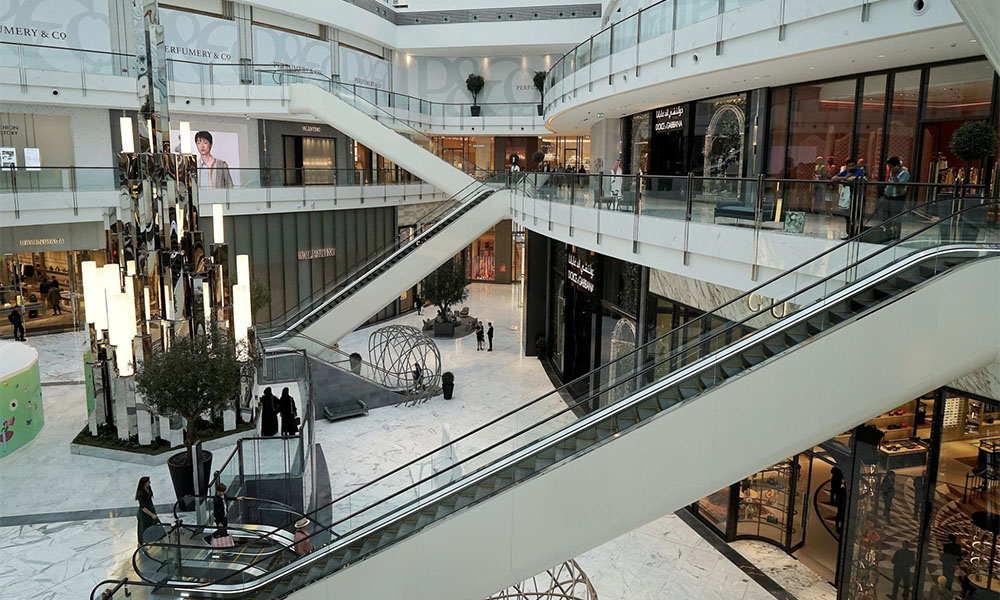 A British expat has told her family that they will one day see daylight after getting trapped all week in the new Dubai Mall extension.

Hugging her children close to her in a Hermes Christmas Shop and holding back tears, Birmingham mother, Elizabeth Marsley, said that if she didn’t make it out alive, they should go on without her.

“I might not make it, but I’ll be there with you in spirit on that sweet day when that the door of freedom swings open, and liberty dawns before you,” she said.

Ms Marsley made her comments five days after the family entered the newly opened extension to the world’s biggest mall. The extension, unveiled this week, includes outlets of Gucci, Mikimoto, Dior, Hermes, Symphony and many more, and adds a vast new area to the 4 million square foot Dublin Mall.

The Marsleys, who have survived for the last three days on candy floss and miniature chocolate Ferraris, have teamed up with other traumatised families trying to find an exit. The Hermes Christmas Store, which will sell upmarket Christmas gifts 12 months of the year, has become a defacto refugee camp and shopping injury treatment area for survivors.

As the families burned shopping bags to stay warm at night and told their children stories of life on the outside, news came through that the Dubai Mall Extension may eventually meet up with an Emirates Mall Extension to form the Milky Way galaxy’s largest luxury shopping experience.

“We’ve got to find a way out of here before that happens,” Marsley told the growing band of refugees. “But if we don’t, I’m told that there is an exit on the other side of Ski Dubai. I might not make it, but some of you will, and some day, you will tell the world what you have witnessed.”

A security guard later found an exit for the families, who first stopped at Prada and Dolce & Gabbana to do some shopping.

You may also like...
Related Topics:dubai, dubai mall, shopping, uae