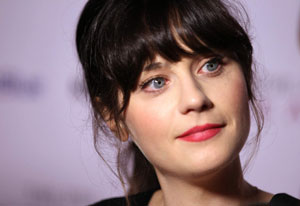 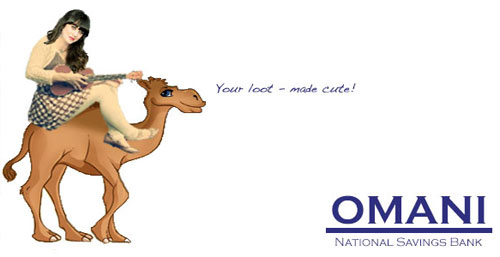 One of the new billboard adverts featuring Zooey Deschanel

MUSCAT: Quirky American actress Zooey Deschanel has been announced as the new face of the Omani National Savings Bank.

The New Girl star will appear in a string of adverts for the bank, under the strapline ‘Your Loot – Made Cute!”.

“Zooey is the ideal figure to bring our range of banking products to a young, hip audience,” said spokesman Sadiq Lefreeq-Saychiq. “Much like our transferrable saving plans, she’s unique, loveable, and always creates plenty of interest!”

Deschanel’s debut TV spot for the bank features her riding an animated camel through the UAE desert, strumming a ukulele and singing a specially-composed song entitled ‘Pensions are like Bagels’.