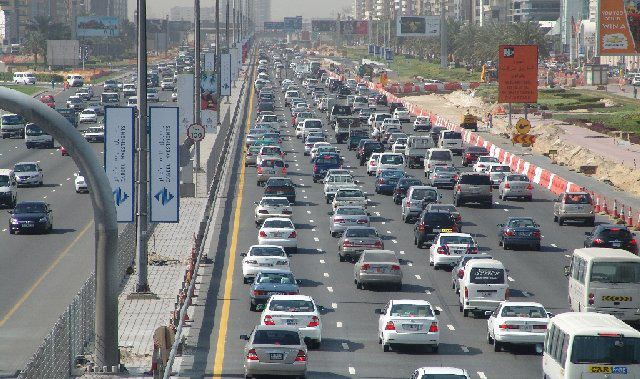 Transport authorities across the Gulf have announced new efforts to clamp down on drivers eating buffets while at the wheel.

Statistics released yesterday revealed that tucking into an all-you-can-eat brunch resulted in more than 600 motoring incidents in the GCC last year, a figure that has risen by almost 300 per cent since 2010.

“It’s clearly an extremely dangerous activity,” said Abdul Ghasser, who headed up the research. “And it’s made especially bad in some of the bigger vehicles, where the drivers have room to fit in larger, more elaborate international spreads to fill their plates from.”

The most hazardous buffet items being consumed while driving reportedly include roll-your-own duck pancakes and chocolate fountains.

“We had a four-lane pile-up just last month when a motorist went to the back of his Land Rover Discovery for a second helping from his roast beef station,” said Lieutenant Vikram Hargreaves of the Doha Traffic Police.

Under the new rulings, anyone caught dining from an all-you-can-eat buffet while driving will be fined the equivalent of $200. Repeat offenders may be banned from brunches for a period of up to a year.