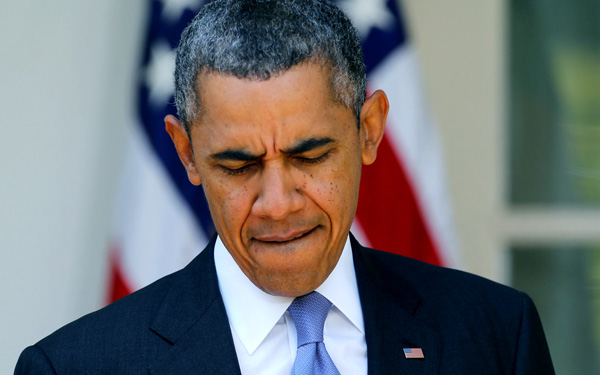 WASHINGTON, US – An exhausted looking Barack Obama told US citizens Friday that after weeks of meetings with senior military officials he was still “mostly clueless” about who he should bomb in the Middle East. The statement came just days after US forces began air strikes against Islamic State forces in Iraq, despite their opposition to Syrian leader Bashar Al-Assad, who the US also consider an enemy and have considered bombing.

“People of America, up till now, choosing which bad guy from the Arab world to drop hundreds of thousands of tons of explosives on was a simple, clear cut decision,” he said in a live televised address. “But making a choice about who to unleash the full force of US military might has become fraught with difficulties.”

The US president also revealed that “bombing the shit” out of Libya in the final months of Colonel Gaddafi’s rule hadn’t “exactly resulted in the peaceful, democratic state we had been hoping for”, while America’s involvement in Iraq could result in a new US bombing campaign “every four to five years”.

“Sure, we may be bombing ISIS now, but just as they emerged from the ashes of Saddam’s dictatorship, which we bombed the crap out of, whatever comes next will inevitably have to be bombed to fuck in the future,” he said, adding that concerns regarding the effectiveness of US bombing in the Middle East were “irresponsible”.

Ending the speech on a lighter note, Obama joked that he was “just pleased to have bought shares in Raytheon”.