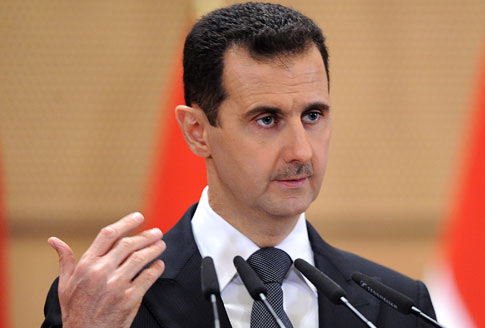 Embattled Syrian leader Bashar Al-Assad has joined the growing number of celebrities and organisations who have cut their ties with Donald Trump following his incendiary remarks about Mexican immigrants.

“Mr Trump’s comments were disgusting and hurtful, and such hateful language has no place on the civil war-bloodied streets of Damascus or within the armour-plated walls of my underground bunker,” said Al-Assad in a statement.

The Syrian president, who is now expected to cancel his attendance at Trump’s annual golf tournament on Palm Beach, is unlikely to be the last from the Middle East to distance himself from the billionaire property mogul.

Sources within Iraq have claimed that the Islamic State is on the verge of annulling its sponsorship of the Miss World competition.